How to Say Zero in English.

A strange topic for a blog? Or is it? 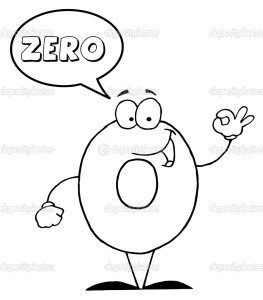 To most of my Business English clients, how to say zero in English is very important to avoid misunderstandings, especially on the telephone or in video conferences. As a non-native speaker, you might say the figure zero as a plain zero which is absolutely fine, but often an English native speaker will use a number of ways to say zero depending on where they are from. So understanding what they mean is important.

Consequently, I often find myself dedicating part of a Business English lesson on the different ways the English Language has of saying this apparently simple figure.

In this blog post, I’m going to consider the British English (BrE) and American (AE) versions. I’d be very interested to know if there are any other versions in other parts of the English-speaking world.

0 is zero and in British English, it’s sometimes known as nought.

Here are some examples:

For football scores we say nil: ‘The score was three nil (3-0) to Barcelona’.

The decimal point (Notice that in English we say decimal point, and not a dot as in internet addresses). In British English, zero and nought are used before and after a decimal point. American English does not use nought.

Oh can be used after the decimal point.
Here are some examples: 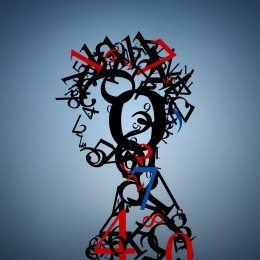 Confused? Don’t be. Like everything in this world, practice makes perfect. The more you use figures in English in your job, the more comfortable you’ll be saying them.

Over to you now.  Try saying the following:

What do you find the hardest when saying zero in English?

I hope you found this blog post useful. Please share it if you think your friends and colleagues would find it beneficial, too.

If you’d like to receive my blog posts on a regular basis, why not subscribe to my blog?