Today (Fourth of July) is the day back in 1776 when America declared its Independence  from Great Britain and the United States of America was officially born.

The day is a national holiday which allows Americans to celebrate the Fourth of July with firework displays and parties. 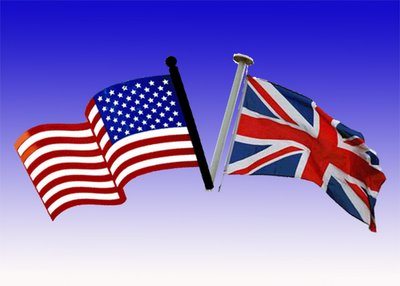 Territory and sovereignty were not the only things that Americans fought hard for to be independent of Great Britain. Right from when the Pilgrim Fathers landed on American soil in 1620, the new settlers looked to establish their own identity that would separate them from the old land that was Great Britain. And this included the language.

Throughout the world in different cultures and times, language has evolved and adapted to the people using it and the times in which they have lived. This was very much the case for the English Language spoken in this new land that was America. Over time it evolved and changed introducing many differences between British English and American English.

Indeed, it was Oscar Wilde who famously said:” We have really everything in common with America nowadays except, of course, language“.

In this blog post, I’d like to celebrate this difference by sharing with you a list of commonly used British and American words and also 5 American idioms, some of which have their origins from the Pilgrim Fathers.

1. Keep your nose to the grindstone – to work hard and consistently

Ex: If you want to pass your exams, you need to keep your nose to the grindstone.

3. Busting Someone’s Chops – give someone a hard time

Ex: Look, I worked really hard on this project so there’s no need to bust my chops over the slight delay.

4. Can’t Hold a Candle to Someone – cannot be equal to someone

Ex: Old Flames (boyfriends) can’t hold a candle to you.

5. Dressed to the Nines – to dress up in fancy clothing

Ex: She was dressed to the nines when she went out last night.

Do you know any other American idioms? Or words that are totally different in British English and American English? If you do, please share them here.

I’d like to wish my American family and friends a very Happy Fourth of July. I hope you have a wonderful day. And remember, it’s good to be different!