9 Facts about a typical British Christmas you may not know 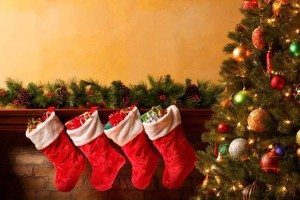 Christmas is upon us and the preparations for it are in full flow. I don’t know about you, but have you noticed that the preparations for the festive season seem to start earlier and earlier each year.
I think Harrods, the iconic London store, starts selling Christmas goods in August! Scary!

Apart from the mad rush around the shops as everyone frantically looks for those special gifts, there are other things that need to be prepared in the run up to Christmas. In today’s blog, I’m going to guide you through a chronological tour of the British Christmas.

1. Decorations
I think it would be fair to say that for most people in the UK the preparations for Christmas begin in earnest (seriously begin) around or on 1 December. The decorations come out of the loft, are dusted down and put up in and outside the house. Over the last decades the British have become more and more like the Americans with the outdoor illuminations. You only have to drive around my neighbourhood to see lit-up reindeers, snowmen and twinkling lights. 2. Christmas Pudding
Next, the Christmas Pudding is made. The pudding is an essential part of the British Christmas. It has its origins in Mediaeval England. The early versions were made with mutton or beef together with spices such as cinnamon, nutmeg, cloves and dried fruit. It became a tradition in its existing version during the Victorian era when it was introduced by Prince Albert, Queen Victoria’s Consort.

It is eaten after the traditional lunch has been consumed and requires a hearty appetite as it is not light!

The pudding is made of dried fruits, nuts, cherries and soaked in brandy. It should be dense and moist. Making one takes time with at least 13 ingredients (to represent Christ and his disciples) to weigh, time to marinate (12 hours) and steam (8 hours). But once made, it is put away in a cool, dry place until Christmas Day when it will only need an extra hour to steam. Brandy is poured over it and it is lit before being served with custard or brandy sauce. The pudding is usually made on the last Sunday before the Christian Season of Advent. This day is known as Stir Up Sunday. Custom has it that the whole family comes together on the day and each member takes a turn to stir the mixture and make a wish and add coins (traditionally a silver six-pence – a five pence piece today!) The tradition is that the coins will bring good luck to whoever finds them on Christmas Day. A similar idea to the “Galette des Rois” that is enjoyed on the Epiphany in French and Spanish-speaking countries.

3. Christmas Cards
The next task on the list is the writing and sending of Christmas Cards. I am not aware of any other country in the world that has such a strong tradition. The British do like to send cards to people and you can get some of the most beautifully crafted cards in the UK. Many of my students have commented on the excellent quality and originality of our cards.

At Christmas though, this industry goes mad as everyone, and I mean, EVERYONE sends on average 75 cards each to friends and family. You can even judge the strength of friendships based on whether the last time you contacted a friend was by sending them the previous year’s Christmas Card!
You might think that with so many cards being received your friends wouldn’t notice if you’d forgotten to send them one, but you’d be mistaken!!!! I’ve had phone calls from some friends after Christmas asking me if I was all right as they hadn’t received a card from me!!!

Mince pies are also a traditional and regular feature of a British Christmas. They are small pies filled with mincemeat. “Mincemeat” is not beef, lamb or pork but fruit mince. The ingredients are normally raisins, sultanas, a variety of nuts, candied fruit, apricots, apples and mixed spices like nutmeg, cloves and cinnamon. The traditional mince pie normally has a star on top which should represent the Christmas Star that led the Magi and the shepherds to Jesus in Bethlehem.

Mince pies became a part of Christmas in Britain as early as the 16th century.

Children often leave a couple of mince pies for Father Christmas together with a glass of brandy, sherry or milk and a carrot for the reindeer in the hope of getting their stockings filled. Mince pies can be eaten at any time of the day during the festive season and are particularly delicious served warm with brandy cream!

In the last two weeks running up to Christmas, primary school children around the UK are very busy preparing for their nativity plays to be performed in front of their parents and extended family.

The Nativity play recreates the scene of Jesus’s birth in the stables and tells of how Mary and Joseph were visited by the shepherds and the Three Wise Men.The roles of Mary, Joseph, the Shepherds and the Wise Men are played by the children.

Christmas Carols are also a special event in the UK where many churches, village halls and concert venus will host an evening of carol singing the traditional favourites like ‘Away in the Manger’, ‘Deck the Halls’, Silent Night, Holy Night’, the 12 Days of Christmas and many more.

The traditional Christmas dinner in the average UK family is made up of the following:

Starters: Smoked Salmon and other titbits

*Turkey became the traditional meat at Christmas only at the beginning of the 20th century. Before that, Goose was the favoured choice. It normally starts at 3pm GMT. This tradition was started by the Queen’s grandfather, King George V in 1932. It is broadcast to the Commonwealth of Nations around the world and can be enjoyed via television, radio and the internet. In 2007, the Christmas message was streamed on YouTube for the first time and this year it has been reported that the Queen’s broadcast will be available in 3-D! So make sure you have your glasses ready.

9. Boxing Day – the Day after Christmas
Boxing Day is on 26 December and is only celebrated in some countries. It was started in the UK about 800 years ago during the Middle Ages. It was the day when the alms box, collection boxes for the poor, were opened so that the contents could be distributed to poor people.

Boxing Day is a public holiday. It is traditionally a sporting day and many football matches and horse races are organised. A great day for the women to finally have a rest whilst the men go off for the day! Sorry, ladies. I know many of you are keen sports fans. But admit it, you do enjoy the rest!

Like in so many countries around the world, the preparations leading up to Christmas can be equally, sometimes more exciting than the Day itself.  And it’s no different in the UK.

Are you ready for Christmas? What are your preparations before Christmas Day?