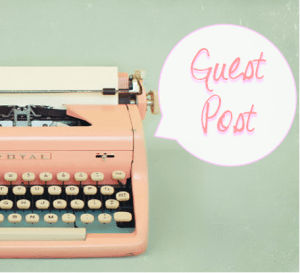 I am delighted to introduce you to Paul Mains who has written this post. Paul approached me a couple of weeks ago offering to write a piece for my blog. He offered me a choice of topics and I was immediately drawn to the above topic.

Many learners watch films and follow TV series in English.  However, many often feel guilty and think that they should be doing something more worthwhile to work on their English. In this post, Paul proves how you can improve your English Language Skills whilst watching your favourite TV show.

Given the widespread availability of episodes from popular TV series on YouTube and Netflix, it’s likely that you’ve probably seen some English-language TV shows. That’s great! For several reasons, watching English TV series is one of the best ways to improve your English language skills. In addition to showing you the language that people really use in everyday life, TV shows are are great entertainment, which helps with your motivation. You’ll feel much more inspired to learn English when you can do so by watching your favorite shows!

While sitting back, relaxing, and watching TV is a good way to expose yourself to the English language, this kind of passive watching won’t help you improve your English nearly as much as if you put a little effort into it. Indeed, by actively watching TV series, you can gain an incredible amount of useful vocabulary, common expressions, and even grammar points — without ever opening a textbook.

To illustrate how to actively watch a TV show, I’ll be using a short clip from the popular series Friends, which you can view on YouTube by clicking on this link.

Step 1: Write It Down

Nothing makes the words stick in your memory like actually writing down what the characters are saying. Often times, being able to see what the characters say will help you follow the dialogue better, as well as help you memorize certain phrases for your own future use.

For beginners, try watching the episode with English subtitles (available on Netflix and YouTube), and using them as a guide when you don’t catch everything that the characters are saying. However, one of the hidden benefits of TV being available on the Internet is that you can quickly and easily rewind a given scene as many times as you’d like! Therefore, if you don’t understand something, you can listen to it again and again until you have your a-ha! moment, and everything becomes clear.

Once you’ve written down some dialogue, you’re ready to get to the meat of active listening: the analysis.

Are you ready for some active listening? Click the link above to get started! This time, I’ll write down the dialogue for you, and we’ll analyze together. You’ll discover that we can already learn a great deal from just the first ten seconds of the scene:

Ross: Come on, you guys, we’re sorry! Our subway broke down!

Chandler: That’s a lie! You went to the game — I can see Joey’s hand!

Ross: For the love of God, take it off!

In this three small lines of dialogue, we can already see two useful and common phrasal verbs: break down and take (something) off. The phrasal verb break down is used to when machines or vehicles stop working properly — like Ross’s subway, which caused him to be late. And to take something off means to remove an article of clothing. In this case, Ross is telling Joey to take off his foam hand, which are sold at baseball games.

We also see a colloquial expression, for the love of God. This phrase is used when you are exasperated or frustrated, and you’re pleading with somebody. For example, you might say to the characters on Friends, “For the love of God, speak more slowly!”

The original cast of Friends. Image via David Shankbone / Wikipedia

Later in the scene, Rachel suggests that they eat a dish that Monica had put into the oven earlier that day (start at 0:43 or click here):

Monica: You touch that and you’ll be sorry!

Chandler: I’d listen to her. The vein is bigger than I’ve ever seen it!

First, we can see that Monica is angry. In this scene, she’s using expressions — You’ll be sorry! — that are popular for making threats. “You’ll be sorry!” is a synonym of another common expression when threatening somebody: “You’ll regret it!”

The set of Central Perk, where many Friends episodes were filmed. Image via Marcin Wichary / flickr

At the end of the scene, Joey tries to make amends by apologizing to Monica and Chandler (start at 2:01 or click here):

Here, Joey is making an apology, and uses some very common language to express regret: We feel terrible and We’re very sorry. You’ll often hear people say these phrases when they are apologizing for something.

Something else you’ll notice is that Joey uses the word guys to refer to all of his friends — even Monica and Rachel, who are women. English does not have an official second-person plural pronoun, so English speakers have to get creative. In many dialects of English, “guys” is used to refer to a group of people in the second person, regardless of their gender. For instance, on a Friday evening, you might ask your friends, “Hey guys, what are we doing tonight?”

Step 3: Use the Language in Real Life

Indeed, we’ve put a lot of work into analyzing a scene from Friends, and it’s time to reap the benefits! Now that you have your new vocabulary and grammar points written down in front of you, it’s time to use them with your English-speaking friends. If you’re giving advice to a friend, try using the modal would to tell them what you’d do if you were in their place. Try talking about the best movies that you’ve ever seen, or the most interesting places that you’ve ever visited. By actually engaging with the language that you learn in TV shows, you’ll be sure to memorize it. Actively watch an episode of TV each day, and observe how quickly your English will progress!

Finally, don’t forget to monitor your progress. Learning a language is a very long and slow process, and as such, it’s hard to appreciate the progress that you make. Try taking an English listening test after finishing a season of an English-language TV show — you’ll be surprised at how much your comprehension will improve.

What are your favorite English-language TV shows? Do you have any other tips for actively watching TV series or movies?

Paul is a New York-based expat who lives and teaches English in Buenos Aires, Argentina. He writes on behalf of Language Trainers, a language tutoring service offering personalized course packages to individuals and groups. Check out their free English level tests and other resources on their website. Feel free to contact paul@languagetrainers.com with any questions.

Thank you, Paul for these invaluable tips. I look forward to your further contributions.

If you liked this post, please share it and don’t forget to subscribe to my blog if you want to receive future posts directly via email.