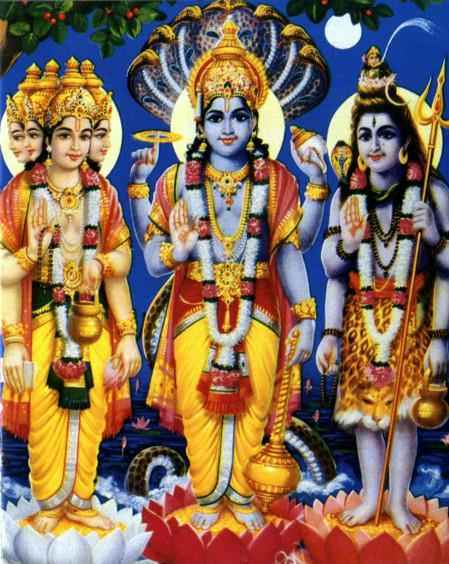 Some of you will know from reading my ‘About Me’ page that I come from mixed heritage. My mother is Italian and my father is Malaysian of Sri Lankan/Tamil origin. I grew up in Malaysia surrounded by my Indian/Hindu family and took part in the many colourful Hindu festivities. I remember devouring the stories of Rama & Sita, Lord Hanuman– the Monkey God, Lord Ganesha – the Elephant God and following the mischievous tales of Lord Krishna. I loved walking into one of my aunties’ prayer room filled with the different idols all beautifully garlanded with sweet smelling jasmine. The stories and festivities were essential fuel (energy) for this child’s imagination.

Today and tomorrow Hindus (also Buddhists and Sikhs) all over the world celebrate Diwali (The Festival of Lights). In Malaysia, Diwali is celebrated today and I so wished I could have been there with my family (Malaysia is 8 hours ahead of the UK). I was there in spirit. Here in the UK, Diwali will be celebrated tomorrow.

As I was reflecting on Diwali, I was thinking of how I could share this celebration with you and at the same time make it relevant to the English Language, and that’s when  I thought of  those English words that originate from India and its different languages.

The English Language has borrowed (with no intention of returning!) words from many languages and cultures. India is no exception. Indeed considering the long historical and cultural ties between Britain and India, this fact is not surprising. Most of the words that were adopted date back from the period of the British Raj (1757 – 1947) when Britain ruled over India starting with the East India Company.

The Indian language consists of the ancient language of Sanskrit, Hindi, Urdu, Tamil, Malayalam, Bengali and many more. So, the English words originate from these different languages.

Here are 15 English words I have picked that are used in International English.

1. Avatar
In Hinduism, an avatar is the manifestation in human or animal form of a god, especially Vishnu. The word first appeared in English in the 18th century and derives ultimately from the Sanskrit word avatara meaning descent.

More recently the word has gained additional senses, for example to refer to a computer user’s visual representation within a game, on a forum and made famous in the film by James Cameron “Avatar” (Source: Article by Simon Kewin)

2. Bandanna
A bandanna is used by both men and women as a head scarf. The word comes from the Hindi word bandhna meaning to tie.

3. Bangle
A rigid ornamental bracelet worn around the wrist (or ankle). Its appearance in English dates back to the 18th century. It derives from the Hindi word bangri meaning a glass ring or bracelet. (Source: Article by Simon Kewin)

4. Bungalow
A one-storied (one floor) house. The word derives from the Hindi word bangla meaning, literally, in the style of or belonging to Bengal. The word bungalow in English dates back to the 17th century when it was used to refer to a type of cottage built in Bengal for early European settlers.
Bungalows are highly sought after and consequently highly valued in the UK today.

5. Cheetah
A long-legged big cat from Africa, the fastest land animal on Earth. Its black spots provide the clue to the origins of its name, which derives from the Hindi word cita, meaning speckled or variegated (different colours).

6. Cot
This word has several meanings, but in the sense of a portable bed or a high-sided child’s bed, it derives from the Hindi word khat, meaning a bed or hammock. It arrived in the English language during the 17th century.

7. Guru
Originally a Hindu or Sikh spiritual guide, guru entered English in the 17th century, where it now also means any important and respected intellectual guide or mentor. The original word in the Hindi and Sanskrit, also guru, means venerable.

8. Juggernaut
In English, a juggernaut is an unstoppable force or movement that sweeps aside or destroys anything in its path. In the UK it is also used to refer to very large lorries (trucks). The word arrived in English in the 19th century and derives from the word Jagannath, a form of the Hindu deity Vishnu.

9. Jungle
An area of dense (thick) vegetation. It is also used figuratively to mean any challenging (difficult) or hostile environment. “The world of finance has become so difficult. It’s a real jungle out there”.
It derives from the Hindi word jangal meaning a forest and began to be used in English during the 18th century.

10. Khaki
The word refers to a colour, a light shade of yellow brown (dust-coloured). It derives from the Hindi word khaa-ki meaning soil (dust) – coloured. It also comes from the Persian word khak (dust). It began to be used in English in the 19th century when the British military started using the colour for their uniforms. Khaki has been used by armies around the world as camouflage.
In today’s fashion, khakis refer to smart casual trousers. (Source: Wikipedia)

11. Loot
Loot is both a noun and a verb. As a verb it means to ransack, to steal from someone or something, often in a violent way. The noun means whatever is stolen by the act of looting or, simply, any money: “The robbers got away with the loot”.
The word derives from the Hindi verb lut, meaning to plunder or steal.

12. Pyjamas (BrE)/Pajamas (AmE)
A set of loose-fitting sleeping clothes, consisting of a jacket and trousers. The word entered English in the 19th century. It derives from the Hindi word payjamah, meaning leg (pay) and clothing (jamah).

13. Shampoo
The word arrived in English in the 18th century and derives from the Hindi word champo, meaning to squeeze, knead or massage. I never knew that!

14. Verandah
A sheltered  terrace attached to a house or some other building. The word began to appear in the English language early in the 18th century. In Hindi, the word varanda has a similar meaning. This is not the source of the word, however, as it is thought to derive from the Portuguese word varanda meaning a balcony.

15. Yoga
This was originally a Sanskrit word meaning union. It refers to a system of Hindu philosophy concerned with achieving reunion with the divine. A part of this discipline involves meditation, breath control and the adoption of certain postures, which is how the word came to have the sense of a system of physical exercise. It entered English in the 19th century.

What other English words do you know that originate from India? There are plenty more like chutney, mantra, typhoon,sorbet, thug and so on. By the way, my name “Shanthi” means peace in Sanskrit. It’s often used in yoga as part of a chant – think “om shanti”. My husband says he is yet to find the peacefulness in my personality!!!

I hope you liked this post. If you did and you think others would be interested in reading it, please share it. And don’t forget to subscribe to my blog if you don’t want to miss out on my posts. 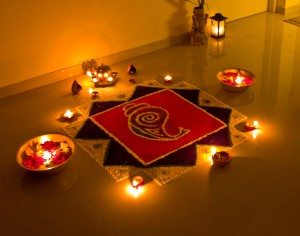 In the meantime. I wish all my Hindu readers Happy Diwali and a prosperous year ahead.

WANT TO IMPROVE YOUR ENGLISH FOR SUCCESS IN BUSINESS?