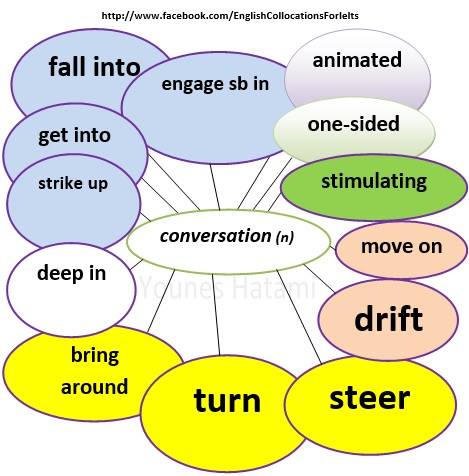 In language there are words that go naturally together. For example, in English we “make a cake”, “do business”, “take a photo”, “have a drink”.  In another language, the verb that goes with those nouns could be different. For instance, in Italian we say “take a drink”, “make business”, “make a photo”. If you were to literally translate the expression from Italian to English, it would sound strange to a native speaker.

This is called “collocation”. The Cambridge Dictionary describes collocation as:
“a word or phrase that is often used with another word or phrase, in a way that sounds correct to people who have spoken the language all their lives, but might not be expected from the meaning“
So, in one of the examples above “take a drink” would not sound as natural as “have a drink”.

80% of  language learning is vocabulary. All my clients tell me that they want to widen their vocabulary. When I ask them how they intend to do that, they don’t always know. Some say that they make a list of all the words they discover. When I ask them to then create a sentence with the words they’ve learned, they often don’t know what to do. And that’s the problem.
Words on their own are meaningless. You need to know how to use them in a sentence and in the right context. And for that you need to know what words go naturally together. That’s why collocation is important.

Unfortunately for learners, there are no rules that can be studied when it comes to collocations. The only thing you can do is to practise using the expressions as much as you can. That could be done through reading, listening, speaking and writing. The more you use the expressions, the more natural they will become to use.

I, like many of my colleagues, spend a lot of time teaching collocations and that’s why I thought I’d start a new series entitled “English Collocations”. I plan to select one word (normally a noun) and give examples of verbs and adjectives that naturally collocate with it. I will then show how to use those expressions in example sentences.

For those of you who follow my Facebook page, you will have noticed that I occasionally share content from a page called English Collocations for IELTS. The person who manages the page, Younes Hatami, has created a number of posts where he selects a word (typically a noun) and shows what verbs, phrasal verbs and adjectives collocate with it. There are also other people who share excellent content, for example, Jason R Levine aka Fluency MC. He has some great posters that he often shares on his Facebook page.

I’d like to share some of this excellent content here on my blog. I’m going to start the series off with the word “conversation”. I’ve used the post created by Younes and given you 10 example sentences using the verbs and phrasal verbs below. I will also include some of the adjectives and add a few of my own.

1. Tom and James fell into a serious conversation about what would be the right step to take for the business.

2. They always get into an animated conversation when it involves football.

3. She is very good at striking up a conversation with strangers at parties.

4. I found them deep in conversation, so I left them to it.

5. After an hour of idle chat, she finally managed to bring the conversation around to serious matters.

6. We often find ourselves drifting into a conversation about our respective children.

7. As the conversation was getting very heated, I needed to steer it to a safer, less contentious subject.

8. Jack is very good at engaging his clients in a stimulating conversation.

9. I found the conversation on the traffic so boring that I tried to move it on to something more interesting like the weather!

10. I don’t mind small talk, but I can’t bear it when the conversation becomes so one-sided that it stops being a conversation and becomes a monologue!

Can you think of other words that collocate with “conversation” that you’ve used and would like to share?

I want to thank Younes Hatami for giving me this idea and for producing great content, not to mention all the other creative EFL teachers like my friend and colleague, Jason R Levine.

I hope you enjoyed this post. If you did please share it and don’t forget to subscribe to my blog if you don’t want to miss out on my weekly lessons.