The Unthinkable Has Happened – What Now For The Citizens of The World? 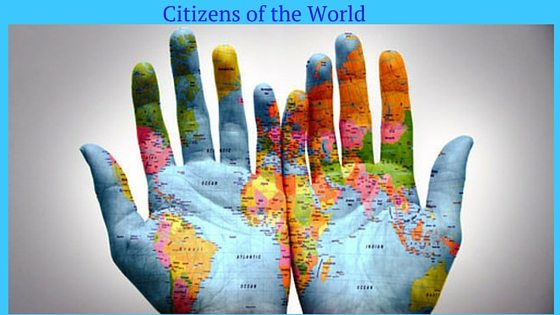 Well, the unthinkable has happened since my last post. 52% of my fellow British voted to leave the EU last Thursday while 48% (a close call) voted to remain, amongst them 75% of young voters.

When I saw the news on Friday morning, to say I was speechless is an understatement. I simply couldn’t believe – no, accept – that the country which has been my home for the last 31 years could have voted against inclusiveness, collaboration and instead fallen for the xenophobic fears that were used in what was in the end a toxic campaign.

How was this possible? This is not the UK that I love and have always held up as a shining example of tolerance and acceptance of diversity. What had happened? When did we become so afraid of foreigners?

The Brexit campaign was not only about immigration; it was also about excessive (too much)  EU bureaucracy stifling UK businesses and sovereignty (especially the feeling of resentment when our Supreme Court’s decisions were overruled by the European Court of Justice). In addition, the Vote Leave campaign insisted that the money going into the EU could be better spent at home – the infamous £350million a week spent in the EU could now be spent on our National Heath Service, a statement that has since been retracted by the Brexiters.

However, the vast majority of people who voted to leave the EU did so because of immigration. They wanted to limit the free flow of movement within the EU. But when you asked people who they wanted to stop from entering the UK they referred to non-EU citizens like Africans, Afghanis, Syrians, Libyans and so on. Errr, what’s that got to do with the EU? The UK has already got border controls to limit those numbers.

Some people I spoke to who voted to leave said they did so because they felt that too many EU citizens coming to work here had undercut British workers by accepting to work for lower salaries or wages. I then asked them if they had ever heard of the free market economy where competition and the freedom to set prices are encouraged. I asked them why they shopped at low cost supermarkets like Lidl. Why did they buy online to get cheaper goods? Surely that’s not right as it was putting other retailers out of business? It’s not surprising that they didn’t have an answer to this. I suggested that all businesses are entitled to run them the way they want and that for all businesses to compete in this global market, they need to stay competitive. And that means keeping costs down. If I offer you a cheaper and equally good service, you would be a fool not to accept the offer.

For the record, I don’t agree with all aspects of the free market economy. In a previous post I wrote about ethical shopping, I said that people have a right to earn a good income and to have a good standard of living. As consumers, we should be prepared to pay higher prices to ensure that businesses pay their workers a good salary or wage and offer them good working conditions. If we want to pay £2 for a dress, where is that dress going to be made? Not in the UK, but in some squalid factory in Bangladesh. If I want fresh strawberries picked but I don’t want to pay more than £1 a punnet, I have to accept that the farmer is going to find a cheaper labour force (group of workers) to keep his costs down and still stay in business (opposite: go out of business) If you don’t agree with this and you feel that everyone should have the same wage, then it’s up to us to petition our government to introduce a minimum wage that applies to everyone. The answer is not to hit out at the foreigner. That’s too easy.

However, I fear that blaming the foreigner for our economic woes (problems) has become a depressing trait (characteristic) throughout Europe with the rise of Far Right movements and in the US with Donald Trump. Xenophobia has returned and I am deeply troubled by this. We are going backwards not forwards. What example are we giving our future generations? That it’s better to follow an isolationist policy than to live in a globalised world? That we should fear the outsider? Didn’t we fight a world war to stop such tyranny?

I am half Italian, half Malaysian/Indian. I was born in London, brought up in Malaysia, lived in Italy for 4 years and the last 31 in the UK. My family live around the world. I have a Barbadian brother in law, a Punjabi stepmother and my husband is English. I am fiercely proud of my heritage and for having lived in different countries and experienced different cultures. In all the time I have lived in the UK, I have always felt a part of this country but also extremely aware of who I am as a foreigner and proud to be just that. I have always been accepted for who I am in the UK and for that I will be eternally grateful and it is what I am most proud of the UK. I embrace the British culture as well as cherish my Indian and Italian cultures. As my maternal grandmother always said to me and my siblings, you are citizens of the world.

And that’s how I feel; I may be a British and Italian citizen but I have always felt a citizen of the world where I am not judged by where I come from and my heritage but for who I am as a person. However, last week’s vote has made me realise that the world has changed for the worse and for that I am truly devastated.

This is the time when we need more than ever before to promote cross-cultural understanding and communication and even if it’s not through UK’s involvement in the EU, let’s do it with the English Language as the Lingua Franca of International Business. Watch out for more content from me on how we can share the English Language to facilitate better understanding in the world. In the meantime, please download my FREE guide on better communication below and subscribe to my blog.

I don’t normally write about politics but I couldn’t help myself this time and simply had to share my feelings with you. Thank you for reading. I’d love to hear what you think about this historical decision.